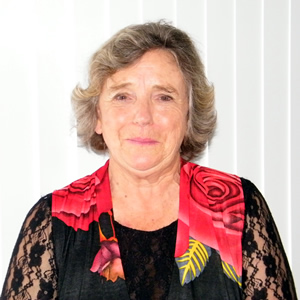 Sharon is a retired qualified Osteopath with over 30 years experience, now practicing as a multi-therapist, combining her hands on skills from multiple Natural Healing Arts

The children I treated over 25 years ago - are now bringing me their children - which does have the tendency to make you feel you have been around for a long time. This however is the depth of my experience. I am a Grandmother of seven grandchildren."

"Over the years I have been involved in many sports as a player, coach, and in administration. I am a First Degree Black Belt in Kung Fu. I am also the person who introduced Indoor Netball and Indoor Soccer into the Cricket Arenas in NZ. My sporting experiences have given me knowledge that I have been able to use in my clinic to help other sports people, along with my hands on skills."

I have coached athlete's including iron men, marathon runners, hockey players, martial artists, netball players, basketball players (and many others) to be the best they can be.

... Sometimes it is hard to know what kind of treatment to seek or where to find help when it seems you have tried everything - as a result I have referred numerous friends and colleges in pain or when they just cannot find a conventional answer to their problems - all have been successful, and I mean all ...

...She gets results where other professionals have floundered. I recommend Sharon's practise to anyone who is open to a selection of therapy's that can be found under the one umbrella ...